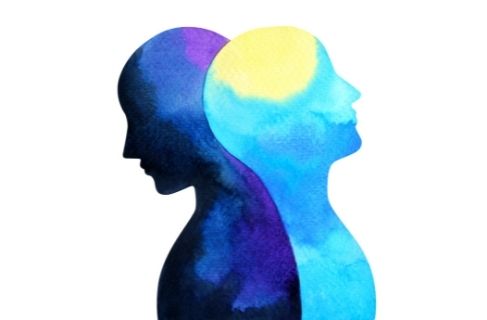 The 8 Most Common Co-Occurring Disorders Associated with Addiction

According to the most recent data, approximately 40 million Americans in the United States met criteria for having a substance use disorder in 2020. Mental health conditions or mental illnesses are more common in the United States, with nearly one in five American adults dealing with a mental health disorder. In 2020, that number was just over 52 million Americans. The most recent available data also demonstrates that roughly 9.2 million American adults meet criteria for having a co-occurring disorder, meaning that they suffer from both a substance use disorder and a mental health disorder.

Often, it can be difficult trying to figure out if one condition caused the other or not. It is a bit like the chicken and the egg. For example, someone experiencing alcohol misuse and anxiety might wonder if the anxiety is caused by the excessive and problematic drinking, or if the person’s anxiety disorder is causing them to drink too much. Most people that seek treatment for addiction will also experience at least one mental health condition, and sometimes more than one. That is why it is important when someone seeks addiction treatment for themselves or a loved one, that the treatment center or rehab can appropriately and effectively treat co-occurring disorders. This is true no matter what level of care someone needs, whether it is inpatient or residential treatment or an outpatient treatment setting like a partial hospitalization program (PHP) or intensive outpatient program (IOP.)

Just like anxiety, most everyone can experience depression. The normal stress of life or specific life circumstances can easily cause a person to feel depressed for brief period of time. However, diagnosable depression, also known as major depressive disorder) is not the same thing. Major depressive disorder is a common and serious mental health condition that causes major interruption in the lives of those that suffer from it, and negatively impacts how a person feels, thinks, and acts. This is different than feeling sad or being depressed due to grief or bereavement.

Many individuals that suffer from substance use disorder and addiction also deal with different types of trauma. Trauma is an emotional response resulting from exposure to an incident or series of events that are emotionally disturbing or life-threatening. Trauma is often separated into two categories: Big T Trauma and Little T Trauma. Big T trauma is the more commonly acknowledged type of trauma, often caused by an extraordinary or significant event such as a plane or car crash, natural disaster, sexual assault, or terrorist attack. Little T trauma typically are events or situations that occur over time and while not life threatening or terrifying, over time leave the person feeling helpless and interrupt their ability to naturally cope and emotionally regulate. One of the most notable traumas present as a co-occurring disorder for someone with an addiction is Post-Traumatic Stress Disorder (PTSD.) PTSD is a psychiatric disorder that can occur in individuals that have witnessed or experienced a traumatic event and then continue to have intense, disturbing thoughts and feelings related to that experience far after the event or experience occurred.

Bipolar disorder is a mental health condition that for many years was known as manic depression. It is a condition that causes extreme mood swings that can include intense emotional highs and lows. The highs are referred to as mania or hypomania while the lows are extreme forms of clinical depression. There are several types of bipolar disorder: Bipolar I disorder, Bipolar II disorder, and Cyclothymic disorder. Each of these types of bipolar disorder have similar symptoms but also some distinct difference leading to the different diagnoses.

A chronic brain disorder, schizophrenia is very rare, impacting only about 1% of the American adult population. Symptoms of schizophrenia can include delusions, disorganized speech, hallucinations, trouble thinking, abnormal motor behavior, and an overall lack of motivation. People that are schizophrenic abnormally interrupt reality. There is no cure for schizophrenia, but it can be managed through treatment and medication. The average age of onset for individuals with schizophrenia is usually late teens to early twenties for men, and late twenties to early thirties for women. Similar to schizophrenia is the mental health disorder known as schizoaffective disorder, which is a combination of schizophrenia symptoms and mood disorder symptoms.

It is vital that when seeking help for a drug or alcohol addiction that the individual in need of help or their loved ones make sure that the rehab or treatment center selected is able to effectively diagnose and treat any co-occurring disorders that patient may have. It is more common than not that the patient will have some dual diagnosis or co-occurring disorders alongside their drug and alcohol issue. It is also a good option before selecting a treatment center to get a professional diagnosis from a therapist, counselor, psychologist, or psychiatrist, who can accurately assess, evaluate, and diagnose the individual. Afterwards, with the issues and problems identified, the potential patient or loved one can effectively vet the rehab or treatment center to ensure that they can medically and clinically meet the incoming patients needs both from an addiction standpoint but also from a mental health standpoint.