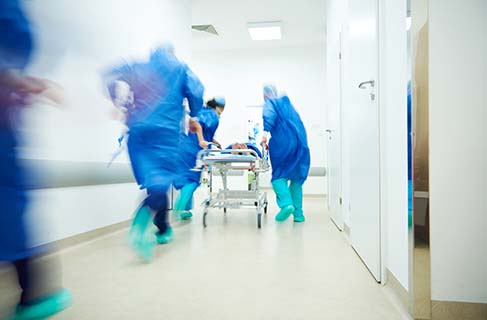 As the COVID-19 public health pandemic continued to spread across America, other public health crises continued to rise. The fear, panic, and isolation of COVID-19 created a perfect storm that increased the number of Americans impacted by mental heath issues like anxiety, depression, and thoughts of suicide, and the number of Americans impacted by addiction and substance use disorder. Within this crisis was yet another public health crisis in America: drug overdoses, both fatal and non-fatal overdoses. According to provisional data from The Centers for Disease Control and Prevention’s (CDC) National Center for Health Statistics:

The terribly unfortunate fact is that many Americans are losing their lives to drug overdoses when using substances that they don’t even believe to be opioids.

This recent data from the CDC is a staggering increase in the number of fatal overdoses taking place in the United States. While the largest increases of overdose deaths were seen in the states of Vermont, West Virginia, and Kentucky (also states hit increasingly hard in the early days of America’s opioid epidemic during the rise of the use of OxyContin), states throughout the country are seeing an alarming rise in fatal drug overdoses. There were only four states out of 50 that saw their numbers for fatal overdoses decrease in the 12-month period: South Dakota, Delaware, New Jersey and New Hampshire. The rise in fatal overdoses was a 29% jump from the previous 12-month period, according to the CDC. And these horrific numbers only are looking at fatal drug overdoses and are not accounting for the vast number of non-fatal overdoses that are occurring throughout America.

75% of the over 100,000 drug overdose deaths were attributed to fentanyl

75% of the over 100,000 drug overdose deaths were attributed to fentanyl, however there was also a rise in fatal overdoses attributed to psychostimulants, most specifically methamphetamines, as well as to cocaine. The rising numbers of total deaths due to drug overdoses, and the wide range of different substances accounting for those deaths, sheds light on an unfortunate truth: While it is often reported that America’s opioid crisis and overall addiction epidemic is getting better, that is actually far from the truth. While there may have been some trends showing a positive impact over the course of the last few years, the COVID-19 pandemic and its impact on Americans basically put the country’s addiction crisis into hyperdrive on steroids.

The issues caused by COVID-19 (things like stress, fear, and isolation) certainly contributed to the rise in fatal drug overdoses, but these issues only exacerbated an already out-of-control public health crisis of addiction in America. The end result is that individuals, families, businesses, and communities throughout the country continue to be plagued by addiction and devastated by overdose deaths.

How Can We Combat Overdose Deaths in America?