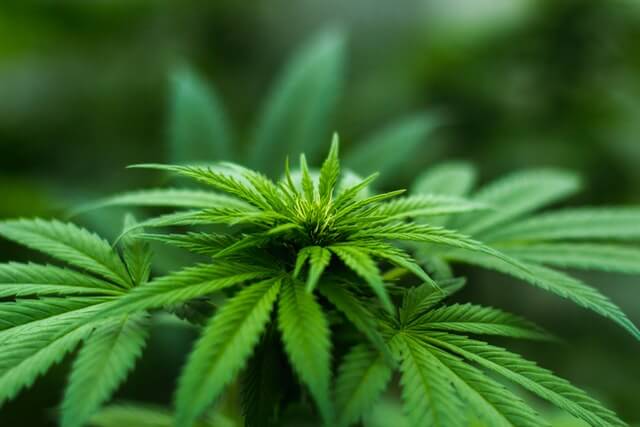 Marijuana, also colloquially known as cannabis, pot, reefer, weed, dope, and so on and so forth, has had a long history of human use. In the early days, users weren’t growing the plant for the sole purpose of getting high. Instead, it was meant to be used as a herbal medicine, dating back to Asia in around 500 BC. The history of cannabis cultivation in America dates back to the days of the early colonists who used hemp for textiles and rope. Political and racial factors in the 20th century are what led to the criminalization and disavowal of the drug, even today. Although, its legal status is more volatile in certain places across the globe. In order to better understand the longstanding impact of marijuana addiction, we would be remiss if we didn’t deep dive into the history of Marijuana and Marijuana addiction.

What Is The Early History Of Marijuana Cultivation And Usage?

The cannabis plant originally hailed and evolved from Central Asia before people introduced the plant into Africa, Europe, and eventually here in America. Originally, hemp fiber was used to make clothing, paper, sails, rope, and its seeds were used as food. Because the plant is fast-growing, it was widely grown throughout colonial America and at Spanish missions in the Southwest. In the early 1600s, the colonies of Virginia, Massachusetts, and Connecticut, required that its farmers grow hemp. During these days, hemp plants contained low levels of tetrahydrocannabinol (THC), the chemical responsible for marijuana’s mind-altering effects.

There is some evidence that suggests that early cultures were cognizant of the psychoactive properties of the cannabis plant. It’s possible that they could have cultivated some varieties to produce higher levels of THC for use in healing practices or religious ceremonies. Interestingly enough, burned cannabis seeds have been found in the graves of the shamans in China and Siberia from as early as 500 BC.

The History Of Marijuana In America

In the mid-1500s, The Spanish introduced Marijuana to the New World. As previously stated in the aforementioned section, the strong fiber of hemp were used to make clothes, bags, and for the rigging of ships. In Britain and Scandinavia, cannabis was a vital crop as hemp ropes were durable, regardless of inclement, salty environments. More than 120,000 pounds of hemp ropes made from the fibers of cannabis plants were required to complete the rigging for the U.S.S. Constitution.

Fast-forward to 1890, hemp had overtaken cotton as a major cash crop in the southern U.S. states, but, it’s important to note that at this time hemp was not grown for its intoxicating effects. The levels of intoxication in the plant were very low, but it wouldn’t be that way for long. In 1910, when many people fled Mexico during the country’s revolution, arriving in America and bringing cannabis with them.

It was in the 1920s that Marijuana began to pick up some steam. Some historians assert that its emergence stemmed from the effects of prohibition. Its recreational use was largely restricted to jazz musicians and for those in show business. “Reefer songs” became the talk of the town in the jazz world. Marijuana clubs known as tea pads, came up in about every major city. These Marijuana establishments were tolerated by the authorities, as Marijuana was not yet illegal and patrons displayed no evidence of making a nuisance to themselves and the communities they inhabited. It was listed in the United States Pharmacopeia from 1850 to about 1941, and was prescribed for different conditions like labor pains, nausea, and rheumatism. Marijuana as an intoxicant was also commonplace from the 1850s to the 1930s.

In the 1930s, a campaign was conducted by the U.S. Federal Bureau Of Narcotics (now known as the Bureau Of Narcotics and Dangerous Drugs) which sought to depict Marijuana as a powerful addictive substance, which could even cause some users to become violent. When the 1950s rolled around, it was viewed as an accessory of the beat generation. The 1960s saw the usage trends shift to college students and “hippies”, becoming a symbol of rebellion against authority.

Cannabis appeared as an ingredient in a myriad of patent medicines of the day, but it was a small percentage compared to the numbers contained in Opium or Cocaine. Soon after 1910, European and American legislators began to ban the use of the drugs. First, an Opium Convention was held in 1912, and the Harrison Act of 1914, for the first time ever, defined the use of cannabis and other drugs as a crime. By 1925, Marijuana was restricted in thirteen countries, including the United States. Although restricted, there was still some leeway for countries to grow cannabis, trade internally, and use the plant for recreational purposes. Even though the law was established in 1925, it didn’t take effect until 1938.

Despite the fact that the Harrison Act of 1914 was not as stringent as it could have been, initiatives like the Marijuana Tax Act of 1937, was the first of its kind to criminalize Marijuana nationwide. The act imposed an excise tax on the sale, possession, or transfer of all hemp products, effectively criminalizing all but industrial uses of the hemp plant.

A widely popular film known as “Reefer Madness”, released in 1936 had fueled parental concern over Marijuana use, and spread fear that the youth of America faced devious Marijuana dealers and the corruption that lead to things like crime and fornication. Although much of the culture educated themselves more on the effects of Cannabis use, the film and culture surrounding the topic at the time, permeated deeply into society and portrayed Marijuana as a gateway drug–A widely held conviction that still exists today, as many have had their lives or the lives of someone they care about, upended by Marijuana addiction.  This concludes part one on the extensive history and prevalence of marijuana and marijuana addiction in our society. Stay tuned for parts 2 and 3, as we further deep dive into the issue at hand.