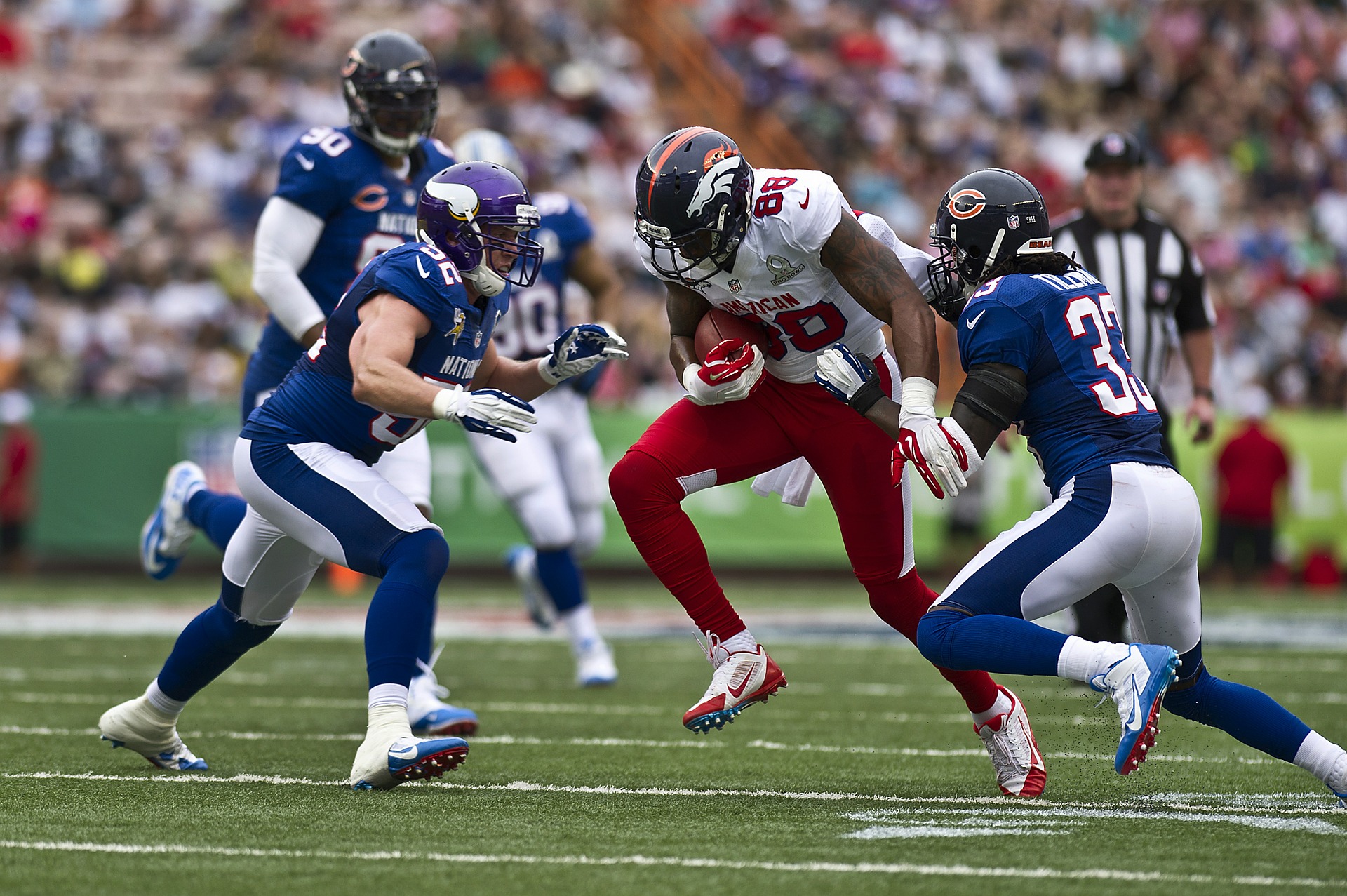 The NFL and Drug Addiction

“It is no secret that the most popular of American sports, NFL football, has had its number of problems with substances throughout the years. From steroids to cocaine to painkillers, the league that owns at least one day of the seven days of the week has had numerous issues with players getting caught up in drug scandals and addiction.”
As the opioid epidemic in America grows at an alarming rate, it reasons that so would addiction issues within a league whose athletes play the most violent sport on the planet. From an EXTREMELY basic view, football requires some of the world’s strongest, fastest athletes to consistently crash into each other for 60 minutes at a time for 16 games a year. No wonder the careers of many NFL players are short by the standards of other major professional sports.

Add to that the millions of dollars of salary at risk as well as millions more in endorsements and it’s not hard to see why every NFL players would do whatever they needed to in order to make it onto the field each week. With the tremendous amounts of injuries, both major and minor, sustained by NFL players each week, often making it onto the field means doing so with the help of opioid painkillers.

Over the last several years, more and more players have come forward discussing the addictions that took hold of them during their playing days in the NFL, including former Jets QB Ray Lucas, former offensive lineman Kyle Turley and most recently Hall of Fame quarterback Brett Favre, who acknowledged his own battle with painkillers in this Hall of Fame induction speech. Due to the widespread use of opioids to treat player pain, some players like former Baltimore Ravens player Eugene Monroe and former Cardinals QB Jake Plummer have come out and through the media pushed for the idea of using medical marijuana to treat pain rather than continue the practice of prescribing opioids.

A scientific study, co-funded by television station ESPN and the National Institute of Drug Abuse (NIDA), conducted by researchers at Washington University in St. Louis found that retired NFL players misused opioid pain medication at a rate more than four times that of the general population. If you look at the terrifying numbers of opioid addiction and overdoses that are occurring currently in the general population, to think that retired NFL players abusing these medications at a rate four times higher is astonishing. Some numbers from that Washington University study: 52% of retired players said they used painkillers. Of that number, 71% admitted misusing painkillers during their playing days and 63% said they obtained painkillers from a nonmedical source, including teammates, coaches, trainers, family members and friends, drug dealers or the internet.

A violent sport that causes some form of pain for most if not all of the players will certainly have a pain problem. And just as our society has used and often misused opioid painkillers as a solution to pain, so will the NFL players and often those in charge of their health look to opioid painkillers as the solution for their ongoing and sometimes chronic pain. However, just as we as a society are now in the grips of an opioid epidemic due to the consequences of how we view and treat pain, so may the NFL currently or in the future face a similar circumstance.

No one denies that NFL players face a constant struggle with pain and no one doubts that most people tied to the game have the player’s best interests at heart. However, just as we as a society need to view and treat pain differently than we have for decades, perhaps so does the NFL in order to lengthen the careers and better the health of the players that dedicate their lives to the world’s most popular sport.

If you or someone you know is in need of help because of drug and/or alcohol abuse or addiction, please give us a call. Maryland Addiction Recovery Center offers the most comprehensive dual diagnosis addiction treatment in the Baltimore, Maryland, Washington, DC and Virginia area. If we aren’t the best fit for you or your loved one, we will take the necessary time to work with you to find a treatment center or provider that better fits your needs. Please give us a call at (410) 773-0500 or email our team at Contact us today.

For more information on all of our drug addiction and alcohol addiction services and recovery resources, please visit our website at www.marylandaddictionrecovery.com.