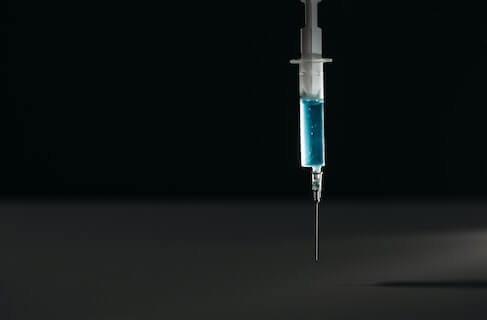 The History of Ketamine and Ketamine Addiction (Pt. 2)

It did not take long for the wartime anesthetic to become the “club drug” that was prominent through the 1980s-1990s.

Continued Ketamine Abuse in the 1980s

The amount of users with a Ketamine addiction did not wane after the conclusion of the 1970s. Throughout the 1980s, Ketamine was running rampant as a party drug, and Ketamine addiction was starting to become a growing issue of concern. Around this point in time, newer iterations of the drug were popping up in the street market. Powders, capsules, tablets, solutions, and injectables were soaring in popularity. In the mid 80s, an abundance of subcultures began to adopt it more habitually, especially the rave culture.

By the time Ketamine’s illicit use began to dominate the public sphere, it was still used medically as an anesthetic, but was now widely used and abused on the streets. Ketamine or better known by its street name of “Special K”, was popular in the streets of Hong Kong. Everything came to a head in 1999 when the US made Ketamine a federally controlled substance as a means of stopping its illicit use.

The classification of Ketamine as a controlled substance mitigated much of its medicinal and illicit use for a time. Morphine became a more popular choice as a viable anesthetic and other illicit substances like Cocaine and Heroin were gradually taken off the streets. However, the inquisition of medical professionals reignited their interests in studying Ketamine’s ability to quickly alleviate depression and suicidal thoughts. The studies conducted had showcased Ketamine’s efficacy as a depression treatment.

There was an increase in the amount of doctors going off-label and using Ketamine to treat depression and any other co-occurring disorders. In due time, Ketamine clinics began to open more frequently.

Current research has made the case for responsible Ketamine use, for patients plagued by an assortment of mental health maladies. Ketamine for treatment-resistant depression has been the most thoroughly-researched area, and additional observations have concluded that it might possibly help with anxiety, PTSD and chronic pain that relates to nerve pain, migraines, CRPS, fibromyalgia, and neuropathy. Its antidepressant qualities have stood out from conventional antidepressants, due to its propensity to incite dramatic changes within hours, as opposed to weeks or months. The studies for certain types of ailments are ongoing, but a majority of these observations occur in clinical settings with much lower doses than the doses that are used recreationally.

In part 3 on The History of Ketamine and Ketamine Addiction, we will touch more on the adverse effects that come from abusing the substance, the long-term effects on the user, and what can be done to ensure that these individuals don’t succumb to the restraints of addiction.