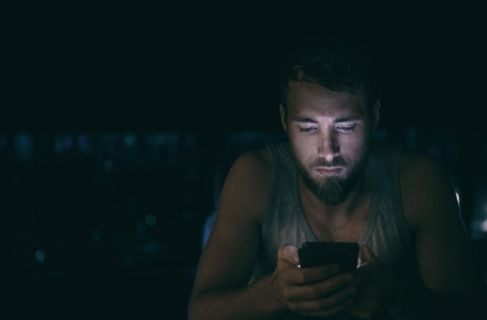 Diving into the Dark Web: A Comprehensive List of Illegal Drugs Sold on the Black Market

The most dangerous part of the dark web, the part that you’ve probably heard about, is undoubtedly the fact that it offers illegal drugs and weapons of all sorts to anyone who wants them – no questions asked. The term the black market refers to the illegal trade of goods and services in society.

Many illicit substances are sold on the dark web and these drugs are usually ordered through an anonymous currency like bitcoin.

Here are some of the most popular illicit drugs sold on the black market:

The first use of marijuana was documented back in 2737 BC by an ancient emperor named Shen Neng. In the modern day, it is still used recreationally and medicinally across cultures.

Marijuana can be smoked or vaporized, but there are a variety of other ways to consume it as well such as through a tincture, capsules, or edibles like cookies and brownies.

Some common street names for marijuana include weed, pot, Mary Jane, cannabis sativa, and grass. As more states legalize cannabis for recreational purposes many more new strains will become available for purchase from dispensaries so consumers should be aware that not all strains are created equal.

However, there are many adulterated versions of cannabis being sold today in the black market, especially the dark web.

Cocaine is one of the most common illegal drugs sold on the black market. It is a stimulant and has both short-term and long-term effects.

Long-term consequences include increased risk for stroke and heart attack, damage to nasal tissues that can lead to respiratory infections, or even death from internal bleeding.

There are different forms of cocaine available on the black market; some examples are crack cocaine, powdered cocaine (also called coke), and freebase.

Heroin on the Black Market

Heroin is one of the most popular drugs sold on the dark web. It is a highly addictive opioid that can lead to addiction and respiratory depression. Heroin can be smoked or injected, with injection being more common.

Smoking heroin results in an intense rush, with effects lasting for about 3-4 hours, while injecting heroin leads to a more consistent high that lasts for up to 8 hours. As well as heroin, other opioids like Oxycodone and Hydrocodone are available.

Psilocybin mushrooms are hallucinogenic substances that can be bought online in various places including dark web marketplaces.

The most common type is called magic mushrooms which are sold as dried or fresh psilocybin mushrooms, or as a liquid extract. Another type of hallucinogenic mushroom that is often sold online is called shrooms.

LSD, DMT, MDMA, and Ketamine are all hallucinogens. LSD is one of the most potent hallucinogens known to man and is derived from lysergic acid which can be manufactured in any lab with a basic knowledge of chemistry.

The trips that come from an LSD trip last anywhere from 6-12 hours depending on dosage and other factors such as set and setting. The drug also has a strong possibility for flashbacks or acid trips at any time even weeks or years after taking it.

Methamphetamines are a popular illegal drug sold on the black market. Methamphetamine is a stimulant that is chemically similar to amphetamine but has stronger effects and a shorter duration.

Methamphetamine is a highly addictive drug that can lead to an increased risk of strokes and heart attacks due to its high blood pressure-raising effect.

There are many different methods for taking methamphetamine, including snorting or injecting it (which can increase its speed of onset), but these two methods also expose users to other health risks such as contracting HIV/AIDS or hepatitis from shared needles.

Opiates are a type of narcotic that can be prescribed by a physician. There are four classes: natural, synthetic, semi-synthetic, and fully synthetic.

Natural opiates come from the poppy plant and include opium, morphine, codeine, and heroin. Synthetic opiates are manufactured in a lab but can have similar effects to their natural counterparts.

Semi-synthetic opiates come from opium but they have been altered so they don’t produce as many side effects.

Ecstasy on the Black Market

Ecstasy is a synthetic drug that is chemically similar to stimulants like amphetamines and hallucinogens like mescaline.

It can also be called a club drug because it has been popular at dance clubs and parties since the 1980s. When taken, ecstasy produces an energizing effect, distortions in time and perception, euphoria, enhanced empathy, and increased sex drive.

The dark web is a scary place. It’s full of illegal drugs, guns, and even human trafficking. The most important thing you should take away from this is that drugs are bad for you.

If you or your loved one are going through a drug addiction problem, your best option is to get professional help from the experts at Maryland Addiction Center.