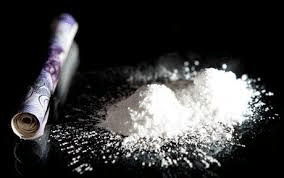 Cocaine, a powerfully addictive, psychoactive, stimulant drug, is derived from the processed leaves of the cocoa plant. Cocaine can be used by being snorted, smoked or injected. Cocaine does not produce a physical dependence like heroin or benzodiazepines but it can be very psychologically addicting as it increases the amount of dopamine in the central nervous system and activates the brain’s reward circuit. In this way, cocaine is potent brain stimulant and one of the most powerfully addictive drugs.

Cocaine rose to prominence in the 1980’s as the world’s most popular recreational drug. It was powerful, cheap and plentiful. It walked hand-in-hand with the rising economy and fast money of young professionals. Later on, with the emergence of even more cheap and more plentiful crack cocaine, the drug affected every social class. However, way before the glitz and glamour of the 80’s, cocaine was being hailed as a “wonder drug” by some of the world’s greatest minds, including Sigmund Freud and the pioneering surgeon William Halsted. According to historian Dr. Howard Markel, it was even promoted by the likes of Thomas Edison, Queen Victoria and Pope Leo XIII. Cocaine has been hailed as a medical marvel, a psychological treatment breakthrough and a important helper for those that want to club and party all night or stay awake to study. It is a well-known alcoholic support that lets people stay awake much longer to drink more. It has also contributed to the deaths of well-known University of Maryland star basketball player Len Bias, The Who bass player John Entwistle, and actor/comedian John Belushi.

Here is some other important information regarding the drug cocaine:

Treatment for cocaine addiction or cocaine abuse does not often include a need for a medical detoxification. The drug stays in a users body between 24-72 hours but the physical effects subside very quickly after last use. Therefore, little of a typical detox is necessary. Treatment will include behavioral interventions, including cognitive-behavioral therapy, as well as other evidence-based treatment. Individual and group therapy and counseling would be utilized. However, the same comprehensive addiction treatment used for any person suffering from substance abuse would be used. A holistic approach that looked at the substance abuse, the underlying causes and conditions, emotional state, character pathologies, family dynamics would be examined, assessed and treated. The successful addiction treatment paradigm of medical treatment, psychotherapeutic treatment and social services/vocational counseling combined into one integrated approach would be used to treat cocaine abuse and addiction.

If you or someone you know is suffering from cocaine abuse or cocaine addiction or any other issues with drugs and alcohol, please call us for help. Maryland Addiction Recovery Center offers the most comprehensive addiction treatment in the area. Please call us at (410) 773-0500 or email info@marylandaddictionrecovery.com. For more information on all of our addiction treatment services and resources, please visit the web site at www.marylandaddictionrecovery.com.

Informational links used for this blog and additional information on marijuana are listed below:

Smart, passionate, intuitive, insightful and incredibly committed to the recovery process are just a few of the phrases I’d use to describe Sam Bierman.... More

Letters from the Founders

As the founders of Maryland Addiction Recovery Center, we feel a passion for offering a high quality of treatment to those in need. As three people in recovery ourselves, we feel we’ve created a unique, innovative treatment program combining our experience in personal recovery and working in the field of treatment. Treatment for alcohol and substance abuse must offer a paradigm for the patient that includes medical, therapeutic and social work services to combine into a single treatment approach that is individualized for each patient. Addiction treatment cannot be a “one size fits all” approach. We believe in meeting each individual patient where they are at, customizing addiction treatment programs based on the three essential elements listed above, and walking with them through their personal journey of recovery, breaking down barriers and giving each person the opportunity to recreate their lives and live clean and sober.

We have created a treatment model that combines evidence-based treatment with innovate treatment interventions. At Maryland Addiction Recovery Center we promote a comprehensive long-term treatment plan which leads to sustainable growth and long-term recovery.

We wholeheartedly believe in the necessity to include family members or significant others in the treatment process. As a person with addiction suffers mentally, emotionally and spiritually, often so does their family. Creating a treatment center that focuses on the family as well as the patient was one of our main purposes for creating Maryland Addiction Recovery Center. Addiction is highly regarded as having a poor success rate for long-term recovery, but that does not have to be the case, especially when a family is involved with a patient’s treatment. Addiction is a disease and it is a family disease. Even if the person suffering does not want help, we offer services that can help the family to recover. Everyone needs to be on the same page to have the highest potential for a person with substance abuse and/or alcohol issues to return to health and recover from addiction.

As the founders of Maryland Addiction Recovery Center, we have all gone through our own personal journey with substance abuse and having come out the other side, there is nothing that we are more passionate about than helping those still suffering and offering the best evidence-based treatment for drug and alcohol addiction that is available. High quality treatment must be made available for a patient and their family. We have created this center for just that reason.

The journey of recovery begins with quality treatment that educates and enlightens both the patient and their family to the problems and the solutions of drug and alcohol addiction. Maryland Addiction Recovery Center offers a customized, individualized, evidence-based treatment for substance abuse that will allow the patient and their family to gain the necessary skills to recreate their lives and live a long, fulfilling life clean and sober.